When we watch loved ones struggle with hearing loss, it can be frustrating when they won’t seek treatment, especially when it’s obvious to you that they could benefit from getting their hearing checked. The reasons people do not seek treatment for their hearing loss are pretty common across the board. Here are the top three, in no particular order: 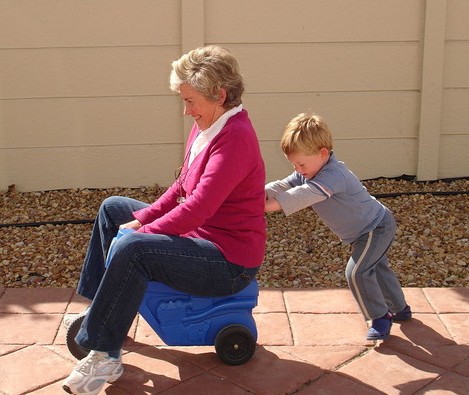 Hearing aids can be affordable and many new models are so discreet that people won’t notice you’re wearing them, thereby keeping you from looking old. Also, hearing aids take a lot of work to adjust to – often several audiologist visits in the first few months. They don’t work correctly off-the-shelf but must be programmed.

However, while hearing aids might eventually be necessary, hearing loss treatment doesn’t just mean hearing aids. There are other assistive listening devices available for particular situations, which your audiologist can walk you through. He or she can also give you tips and tactics to have better communication and relationships with hearing loss, and can suggest speechreading courses or resources.

Some people with hearing loss either don’t realize they have it or are in denial. For some, it is a mix of both. Though it may seem strange that someone would not realize that he or she has hearing loss, it could happen. Hearing loss starts out with sounds being distorted – not getting softer. This means that consonant sounds that sound similar are more difficult to hear than others. This is problematic because in the English language, consonants sounds carry the meaning. The distortion of hearing loss can turn “sit” into “fit” in no time, obscuring meaning and leaving confusion.

Other times, when people say “I hear just fine,” “I hear most things” or “I hear what I want to,” they are in a state of denial. Having hearing loss often causes grieving and denial is just one step in the grieving process. They aren’t yet ready to “admit” to themselves that they need treatment for their hearing loss. This may also involve projecting the problem, such as by accusing others of talking too softly or mumbling. Sometimes, people think that their hearing loss “isn’t that bad” or isn’t severe enough to warrant treatment. SOmetimes people don’t realize what they’re missing out on, like their grandchildren’s squeals or birds chirping. However, it’s always best to seek hearing loss treatment sooner rather than later.

“What does it matter, anyway?”

When people ask the above question, they are often in a state of exasperation, tired of hearing others mention their hearing loss. While they might agree that they are hard of hearing, they may think it’s just a normal part of aging that people have to live with. However, those with this point of view often don’t realize that untreated hearing loss negatively impacts their relationships and overall quality of life.

Others who ask the above might do so in a melancholic fashion, indicating that they lack motivation and are depressed.  Depression can result from being isolated from others due to hearing loss, or from a general state of aging and noticing that things have changed.