Have you ever been in a bad mood – until one of your favorite songs begins to play on the radio? Or picked up the telephone to hear the voice of a loved one who lives much too far away? Maybe the sights and aromas of a beautifully landscaped garden raise your spirits. Whatever the scenario – or the sense you’re using to experience it – a simple chemical reaction in the brain is to thank for your elevated mood. It’s also the focus of a $1.6 million study by Washington State University Vancouver  which may help hearing health professionals better understand speech-processing and communication disorders.

Research scientist Christine Porfors, an associate professor in the School of Biological Sciences and head of the hearing and communication lab at Washington State University Vancouver will lead the study with help from David Perkel, professor of biology and otolaryngology at the University of Washington. The study, funded by the National Institutes of Health will explore how dopamine affects hearing health. 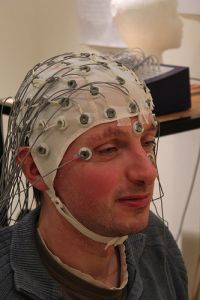 Dopamine is a neurotransmitter produced in several areas of the brain, released by the hypothalamus, and used as a hormone by the human body. In addition to its importance to the central nervous system, dopamine is linked to the brain’s system of motivation and reward. It helps regulate mood, sleep, behavior and cognition. It also stimulates the heart, circulation and metabolism.

Because dopamine helps the body function smoothly, decreased amounts of the chemical have been linked to conditions such as Parkinson’s disease and schizophrenia. Parkinson’s disease typically affects motor skills and speech. While levels of dopamine decrease naturally between the ages of 20 and 80, those with Parkinson’s disease have damaged nerve cells in the part of the brain that produces dopamine.

Is dopamine important to hearing?

Although we hear with our ears, we interpret the sounds they collect with our brains. The auditory nerve is responsible for transmitting the sounds from the cochlea to the brain’s auditory center. When this pathway is damaged, individuals develop sensorineural hearing loss. This type of hearing loss is the most common and is often caused by advanced age and noise exposure. Although hearing aids and cochlear implants can help improve this condition, there is no cure.

French researchers studied the effect that the dopamine transporter, a protein responsible for transporting dopamine to nerve synopses, has on the auditory nerve.  Their results, published in the May 2006 issue of the Journal of Neuroscience, indicate dopamine is essential in maintaining the health of auditory nerve neurons and the way they respond to sound stimulation.

Porfors and Perkel’s  study will explore how dopamine affects brain cells, synapses and neural circuits involved in auditory processing. They suspect dopamine may alter the way neurons respond to particular sounds or voices. Their research will involve recording the love songs of male mice as they sing to their females, then studying the effect the songs have on the auditory nerves of females with and without (genetically engineered) Parkinson’s when they are replayed.

Hearing health and quality of life

Hearing health professionals already know that untreated hearing loss leads to a variety of other health disorders, including depression, anxiety and social isolation. Not only is the ability to hear well important in slowing the progression of diseases such as dementia and Alzheimer’s, it’s also good tonic for the treatment of other diseases, such as Parkinson’s.

Music therapy stimulates the production of dopamine and serotonin and has been effective in treating people with Parkinson’s Disease and dementia. Former social worker, Dan Cohen, created a Music and Memory program that illustrates the strong relationship between music and the human brain. His 6-minute YouTube video features “Henry”, an elderly man in his 80s who is slumped in his chair until he begins to listen to some music through a pair of earphones. Henry comes alive and begins to hum and afterward is able to answer questions and sing a few bars of some of his old favorites.

You can enhance your body’s natural ability to produce appropriate levels of dopamine by getting at least 30 minutes of exercise each day, eliminating foods high in sugar, fat and cholesterol, and eating foods known to increase dopamine production such as bananas, fresh fruits, vegetables and whole grains.