If you notice that you’re not hearing as well as you used to, it’s a good idea to see your doctor or local audiologist as soon as possible. Research indicates the longer you wait to seek hearing loss treatment, the more likely it is your brain will forget how to interpret sound. A 2011 study indicates you may be more at risk for developing dementia, too. 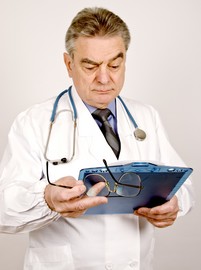 Researchers believe auditory deprivation and social isolation prevalent in individuals with untreated hearing loss put them more at risk for developing dementia and Alzheimer’s, two diseases known for the deterioration of brain function.

Dementia is a group of symptoms which leads to a deterioration of mental functions, including the ability to think, concentrate, remember and reason. Health professionals estimate dementia will affect 100 million people worldwide by 2050. Alzheimer’s is a disease of the brain tissue and accounts for more than 70 percent of all dementia cases.

Even though our ears are responsible for collecting and processing sound, our brains are responsible for interpreting the message. With hearing loss, hair cells in the inner ear are damaged and can’t transmit sound signals to your brain properly. As hearing worsens and your brain is deprived of normal auditory messages, it forgets how to understand speech – much like your muscles suffer from atrophy when you stop using them.

If you’re a caregiver for someone with dementia or Alzheimer’s, have their hearing tested. Studies indicate hearing aids can improve communication and reduce confusion among Alzheimer’s patients and may improve memory and social interaction among individuals diagnosed with dementia.

And even though researchers currently can’t say whether or not hearing aids can reduce your risk of developing dementia or Alzheimer’s (stay tuned — another John Hopkins study is underway), wearing them have proven to be effective in helping regain speech understanding, delay further hearing loss and reduce feelings of anxiety, depression and isolation. A recent study of 2,000 hearing impaired individuals who choose to wear hearing aids reported improved relationships with family and friends, increased participation in social activities and better quality of life. Find an audiologist near you.