Having hearing loss makes a lot of things difficult for many people. However, there are some amazing athletes who have made it all the way to the big leagues by not letting their hearing loss hold them back. Many are enhancing the sports they are in as well – after all, it was a deaf football player who invented the modern huddle way back in 1894, as the story goes.

One of the most well-known professional athletes with hearing loss today is Derrick Coleman, who played college football at UCLA before being signed to the Seattle Seahawks in 2013 as a fullback. Coleman began to lose his hearing when he was three years old, though no one really knew why. He’s not completely deaf, but he uses hearing aids. To keep them in his ears on the field, Coleman wears two skullcaps, and he always checks or changes his hearing aid batteries before a game. 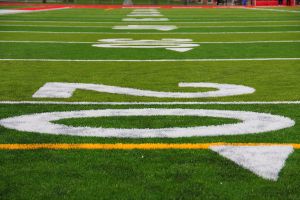 In a recent Seattle Times interview, Coleman was nonchalant about his hearing loss, and said it can even be a benefit on the field many times:

“I don’t ever use it as an excuse,” Coleman said. “When it gets loud I feel like I have the advantage. I can tune that out.”

Growing up with hearing loss has allowed Coleman to become an expert speechreader, which he uses both on and off the field. In a 2012 Scout.com article, Coleman said that his hearing loss doesn’t make things much more difficult for him or his teammates and coaches:

“It doesn’t affect me that much anymore,” he said. “I sat down with the coaches and players in the quarterback room and let them know, ‘Whenever we change the play, you already say it twice, just turn around one time and say it one more time. It don’t hurt nobody.'”

Coach Sherman Smith told the Times that he often forgets about Coleman’s hearing loss and doesn’t have to make many adjustments to accommodate him.

Other athletes with hearing loss

Coleman is only the third in the NFL to be deaf or hard of hearing. Other sports have recently seen a few athletes with hearing loss, including: